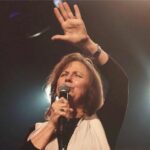 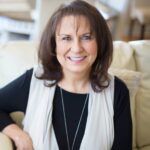 Jeri Hill is the wife of the late evangelist Steve Hill and the president of Steve Hill Ministries. Jeri travels nationally and internationally bringing the message of revival, repentance and healing to a lost and dying world.

Jeri grew up in a troubled home. As a result, she fell deep into drugs, rebellion and self destruction. Jeri did, however have a praying mom who was constantly interceding for her. Through her mother’s prayers and the faithful witness of a local minister, Jeri’s heart began to soften. At age eighteen, she opened up to the gospel message and soon came to know Jesus Christ as her Savior.

Jeri went on to enter Teen Challenge, where she was trained and discipled. After graduation she attended Twin Oaks Academy in Lindale, Texas founded by David Wilkerson. It was at Twin Oaks that she met her future husband, Steve.

Steve and Jeri entered the ministry immediately and labored side by side as missionaries in Argentina, Colombia, Costa Rica, Spain and Belarus. In 1995 their lives were wonderfully interrupted by the outbreak of the Pensacola Revival at Brownsville Assembly of God. For the next five years, she home-schooled her three children while participating in the ministry at the revival every night.

After relocating to the Dallas/Fort Worth Area in 2000, Steve and Jeri began to feel the leading of the Lord to plant a church. Heartland World Ministries Church was birthed and is now a thriving church in the DFW metroplex.

In 2007, Steve was diagnosed with Stage IV melanoma cancer. This was the beginning of the most intense battle the two would ever face. For six years Jeri held true to a word she heard from the Lord to “take care of the man of God.” Putting everything on hold, she stood faithfully at his side while he fought through the cancer. In 2011, the doctors gave up on Steve and sent him home to die. Unwilling to accept the doctors’ word as the final word, Jeri trusted God for a miracle and watched as Steve was raised up from his death bed and given three more years of ministry before the Lord called him home in the spring of 2014.

Jeri continues to lead the evangelistic work both she and her husband established more than thirty years ago. She resides in the Gulf Shores of Alabama and has three children, Ryan, Shelby and Kelsey.