Matt Rettick, aka “The Man with the Plan,” is a veteran of the financial services industry who has gained nationwide recognition. He is a financial advisor, accomplished author, educator and sought-after speaker. Matt founded and successfully ran three different financial companies and is now America’s Financial Insider as host of the Checks and Balances television and radio show.

Over the last two and a half decades, Matt has had significant accomplishments in his career. He is regularly called upon by industry groups to speak to his fellow advisors, as well as by the media, to offer his perspective on financial topics to consumers. He was notably featured as the cover story in Senior Market Advisor, in which he was referred to as the “Man with the Plan.” He was also the regular financial expert for Nashville’s News Channel 5, the local CBS affiliate, and has been featured on several national television programs including NBC’s Today, Fox & Friends, Fox Business, MSNBC and more. Matt co-authored his first book Fiscal Fitness: 8 Steps to Wealth and Health from America’s Leaders of Fitness and Finance with the late famed fitness guru Jack LaLanne. Fiscal Fitness is dedicated to teaching Americans how to gain and maintain control of their physical and financial well-being and improve their quality of life, both now and as they age. His second book, All the Rules Have Changed: What You Must Do to Succeed In The New Financial Reality became a #1 Amazon best seller within 24 hours of its launch. This newest book is a roadmap to gaining control of your financial destiny and how to succeed in the New Financial Reality.

The financial turbulence that so many Americans experienced during the last economic downturn was inspiration for Matt to reach out and help consumers recover from the recession through education and proper planning. He is committed to creating public awareness about the financial world we live in, and he brings an “insider’s perspective” to topics that need to be addressed in order for all Americans to gain financial independence. Matt’s vision was to build a forum where consumers from any location, and of every age and knowledge base, could educate themselves and find their own way towards financial freedom and retirement success. Matt’s vision became Checks

In addition to his successful career in finance, Matt speaks at local churches, sharing his testimony of the power of tithing and following Kingdom principles for living. His testimony is powerful, and congregations are challenged to put God’s Word to the test and see it proven true and effective! His teaching is inspiring, educational and applicable to daily lives, from those who struggle with poverty and back-breaking debt to white collar business owners.

We invite you to bring Matt Rettick in to speak to your congregation. It’s a deposit that will bring your people up to a new standard of living – and empower your church as well! To learn more or to request a date, contact us today. 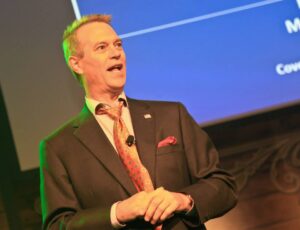 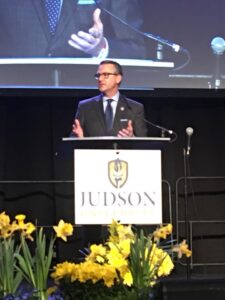 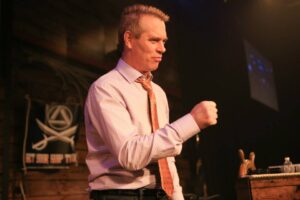 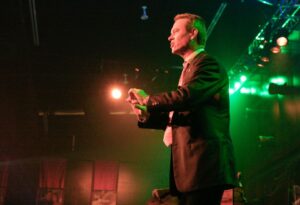 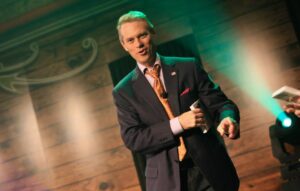 “Having been on the speaking circuit for more than 30 years, I have seen and heard many of the best speakers the world has to offer. I am proud to say that not only have I witnessed Matt in action as a skilled professional speaker, but I have shared the stage with him a number of times. He is the read deal, and your group will be glad they had the chance to experience his wit, humor and wisdom. He is a winner!”
– Alan W. Altmann

“Matt Rettick is a dynamic storyteller! He can captivate, educate and motivate any audience, leaving them wanting more. His high-quality presentations never cease to amaze me.
– Alana Kohl, Founder & President, AdvisorPR

“Matt Rettick made understanding money easy. He is a phenomenal speaker who not only knows the financial world, but speaks from the heart. His ideas and insight can change your financial destiny!”
– Haley Daniels, Phi Mu Theta Chapter Treasurer, Belmont University

“Matt Rettick is a gifted speaker with a passion for helping people financially succeed in today’s world. As a financial industry insider, he is able to explain how and why the system works and what a business or individual can do to maximize their opportunities. His message is clear and his delivery is powerful, informative and inspiring. I wish I had heard what he has to say years ago!”
– Mark Patterson, President, The Brand Artist, Inc.